Utilizing an upgraded Snapdragon 660 SoC, the R6 has speed and stability in spades, as can be expected when combined with the mature Android HiBy OS. 4nm LPP process; class-leading 8-core Kryo 260 architecture; speeds up to 2.2GHz; Adreno 512 GPU. 4GB RAM + 64GB storage + up to 2TB storage expansion via micro SD card.

Upgraded to dual ES9038Q2M with native support for DSD512, 32bit / 768kHz, both DACs in operation for both SE and balanced output! Utilizes current-mode output for even better noise rejection—for the cleanest backgrounds to your pure listening enjoyment.

High-accuracy, low-phase-noise crystal oscillators dedicated to 45.1584and 49.152MHz, for flawless low-jitter performance for music at any sample rate.

Both 3.5mm SE and 4.4mm balanced ports can act both as line out and headphone outputs. Drive headphones directly, drive a headphone amp, drive an outboard DAC… the sky's the limit..

HiBy OS is HiBy’s in-house developed rebuild of the Android system architecture, optimized for bit-perfect audio, unlike stock Android. Now updated to Android 9, supports the R6 in all desired audio I/O roles such as USB audio in / out, Bluetooth audio in / out simultaneously for unlimited flexibility.

I like the way it looks, very good build quality, nice finish, very solid feel.
Hardware is pretty good as well, the device is very snappy, no lag whatsoever.
The display is great, bright, good contrast, very sharp.
Has a decent heft, it feels premium in the hand.
The sound is very clear and crisp, a bit harsh sometimes, as expected from ESS, and it can drive most decent headphones (I tried a Momentum M2, HyperX Alpha, Beyerdynamic DT990 250 Ohm and Hifiman Sundara but I mostly use it with Starfields and Mangird Tea).
What I didn't like though, is the software, it has a stripped down ver. of Android 9, which doesn't allow too many customisations. I installed Microsoft launcher and an icon pack but after a couple of days it crashed completely, it refused to charge the battery and the square button that shows and allows closing the running apps, also no longer worked. I had to reset it to factory default.
It did that on me, twice. In the end, I gave up installing customisation software. I just run Spotify and Tidal and basic Google stuff.
What I didn't like as well was that after I stop the music, for two or three seconds, I can hear small artifacts, like small electrostatic discharges and that happens no matter I had it on low or high gain.
One more thing, the indicator LED is either blindingly powerful or completely off, it cannot be dimmed. 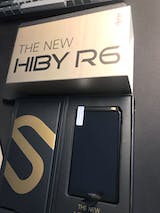 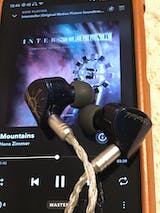 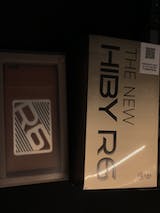 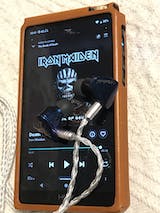 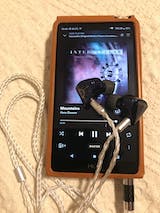