- has a more smoothed playback that tames its harmonic overtones without sacrificing treble extension.

Here at Linsoul, we always love a good comeback, especially when they sound leaps and bounds beyond their predecessors. This is why the latest headphone from HarmonicDyne, the Zeus, has gotten us enthralled. Having launched their first headphone, the Helios, through crowdfunding just nine months ago, we acknowledge that the release was met with lukewarm reception. But from these grounds, HarmonicDyne seems to have taken all of the community feedback to go back to their R&D stages and build an all new headphone to firmly establish their image. Now back with a completely new driver and presentation, the HarmonicDyne Zeus is ready to compete in the cutthroat headphones arena.

>The HarmonicDyne Zeus comes in a heavy duty hard case, reminiscent of Pelican Cases, that are padded within and even feature dual locking clasps. This is a huge improvement in product presentation coming from the simple cardboard box the Helios were delivered in. The almost overkill of a case even features a unique serial number plaque for each Zeus unit - a small, but noticeable addition that lends to a more mature product design.

If the case was not a wow factor in of itself, we were blown away when we first encountered the stock Zeus cable. The cable terminations are the famed gold plated MPS connectors from Neutrik that have long been trusted for their reliability. The cable is an incredibly thick OCC copper, somewhere around 20AWG, that almost feels like they belong on a pair of speakers. We are pleasantly surprised that HarmonicDyne has chosen to invest so heavily into these cables, and one would be hard pressed to be in want of any sort of upgrade from them for the Zeus.

In regards to the headphones themselves, they are almost identical to the predecessor, featuring the exact same plastic, stainless steel, and leather headband, open wooden cups (although the Zeus walnut seems to be a shade darker than those of the Helios), and even the earpads. A couple points of deviation are in the inside of the headband, where the Zeus features a serial number plaque where the Helios simply had bare screws, as well as a slightly different grill design. Apart from these minor differences, one would be hard pressed to easily distinguish the Zeus from the Helios. We find this to be a double edged sword, as the Helios itself was comfortable and durable, and the materials were indeed of high quality. Although the higher price tag of the Zeus might deem it a different product design, we are relieved that HarmonicDyne has chosen to stick with a design that already works well, and have instead chosen to focus their efforts and costs towards what really matters - the sound.

If the Helios felt something more of an entry-level headphone, the Zeus has finally stepped up as the necessary successor to establish HarmonicDyne as a worthy name for seasoned audiophiles. The one word we would use in describing the difference between the Helios and the Zeus is maturity. Where the treble response of the Helios felt thin, shrill, and tinny, the Zeus has a more smoothed playback that tames its harmonic overtones without sacrificing treble extension. Indeed, we found the Zeus to be significantly more pleasing and comfortable to listen to particularly because of its more even treble playback. A big contributor to this perception also comes from the tonal balance provided by the bass response on the Zeus

The bass response on the Helios couldn’t particularly be praised. It lacked impact, was splashy, and had an overall limp quality. The low-frequency tuning of the Helios itself wasn’t geared to serve as a bassy headphone, and this in turn pushed the tonal balance of the Helios to be more lean, lending hand to the seemingly more shrill trebles. When it comes to the Zeus however, the bass is a completely different monster. Fitted with a 50mm Beryllium dynamic driver, we were pleasantly greeted with the punchy, responsive, quick, and deep bass response that one would expect from the more dense diaphragm. In terms of both quality and quantity, the low-end of the Zeus is miles ahead of the Helios. With the increase in quantity of the bass, the mids do take on a warmer tone, but due to the beryllium driver’s rigidity, we weren’t left concerned for any signs of muddiness or sluggishness. Rather, the richness that the low and mid responses bring about balances the pinna compensation and treble response of the Zeus, shaping a much more pleasant and enjoyable tonal balance.

Beyond just the tuning, the technical performance of the Zeus delivers a well needed maturity from the Helios. The most noticeable aspect comes in regard to the resolution, which is a whole several notches above that of the Helios. We believe that it is really this point that puts the Zeus beyond just the entry-level headphones to seat itself securely in the likes of the headphone legends. Impressive headphones have the ability to bring the listener to a more immersive listening experience than even stereo speakers in a properly treated room. And the Zeus does exactly this, bringing about a realistic and appreciable musical experience that any seasoned audiophile would seek for in a pair of headphones.

We applaud the HarmonicDyne team for not settling for another entry, or even mid-tier headphone, but taking the dedication and honing their skill sets to develop a product that can finally stand to properly represent its brand image in the competitive world of headphones. For those who may have been left wanting more from the Helios, we believe the Zeus will more than abundantly fulfill these needs, and for those who have been pleased with the Helios, we believe the Zeus will take you to a whole new level of high-fidelity audio.

This is a pass to me… I honestly prefer the QKZ x HBB at a lower price. C3 is better too imo. Honestly, if this set came across my desk a few weeks sooner this would have been a different story, but maybe not cause I actually prefer the QKZ x HBB… so… I dunno… it’s a meh for me, fine if that’s what you’re looking for but not for me. 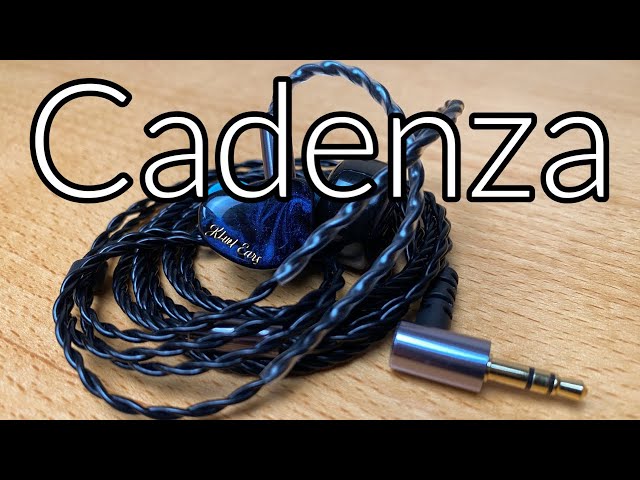 I got this cable specifically for my Dunu Zen Pro. The stock Dunu cable died on me after a year, so I decided to go with the Tripowin Danube because I thought the colors would match well. I'm glad I was right because it matches very well with the Zen Pro. The connectors have the same color titanium glossy coated finish as the Zen Pro, so it's very streamlined and cohesive looking. I admit I was hesitant about the flat ribbon style design, but I actually really like it. It has zero issues with tangling. The MMCX connectors are very tight and stay sturdy along with the pre-formed ear hooks. This is an excellent cable for the price, it looks and feels like others I've tried at more than twice the price. Another Tripowin cable I have is the Altea, I recommend that one as well. 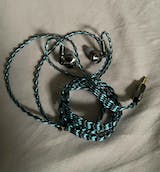 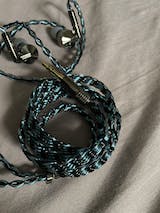 These are beautiful sound very nice detailed. The cable is very good with all three plugs 2.5 3.5 and 4.4

You need to put wide bore tips on them, ones that make a proper seal, or you probably won't get the best out of these.

The Construction quality is: 8/10.

The all important Sound quality is at a comfortable: 9.5/10

Treble is a tad spicy for me, but overall great sound. 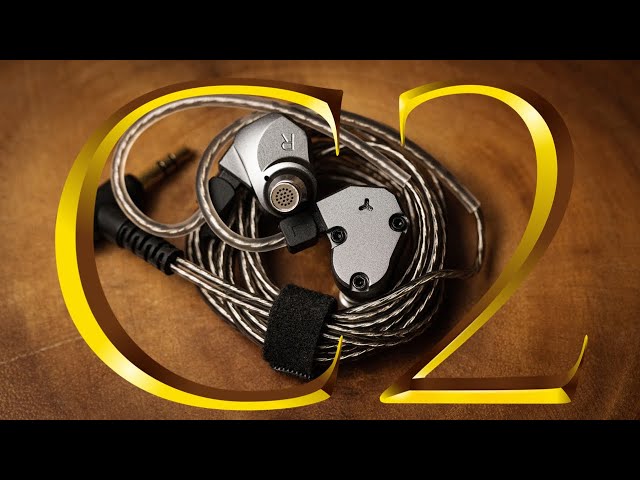 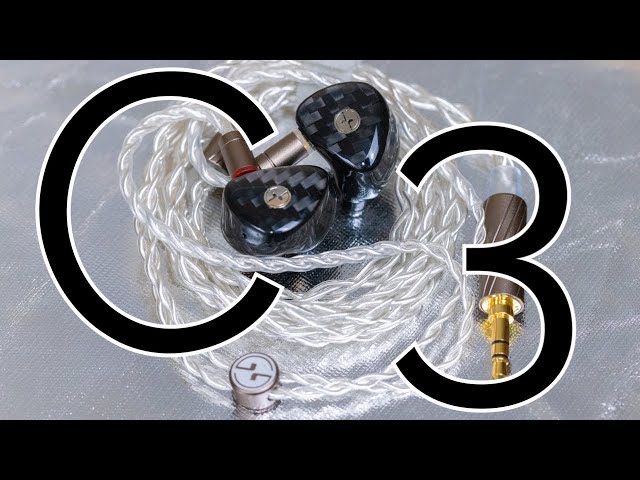 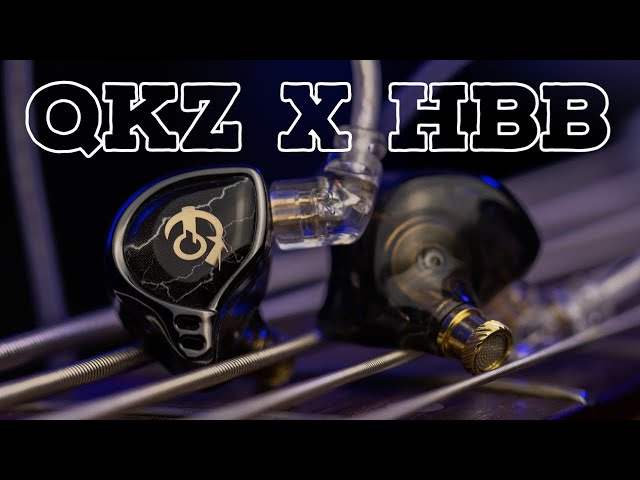 a
Moondrop Stellaris audio-sound
The Shining of the Stars

The Moondrop Stellaris is an excellent cost-performance model that combines excellent audio specifications and well-balanced sound typical of Moondrop. However, its sound has a strong sense of shimmer, and its midrange texture reproduction falls short of that of its rivals, making it not a model that I can recommend highly.

The TANGZU Zetian Wu is one of the most remarkable earphones in its price range, combining a well-rounded overall sound balance, wide sound range, excellent audio specifications, excellent sound image consistency, and a harmonic-rich midrange that is pleasant to listen to.